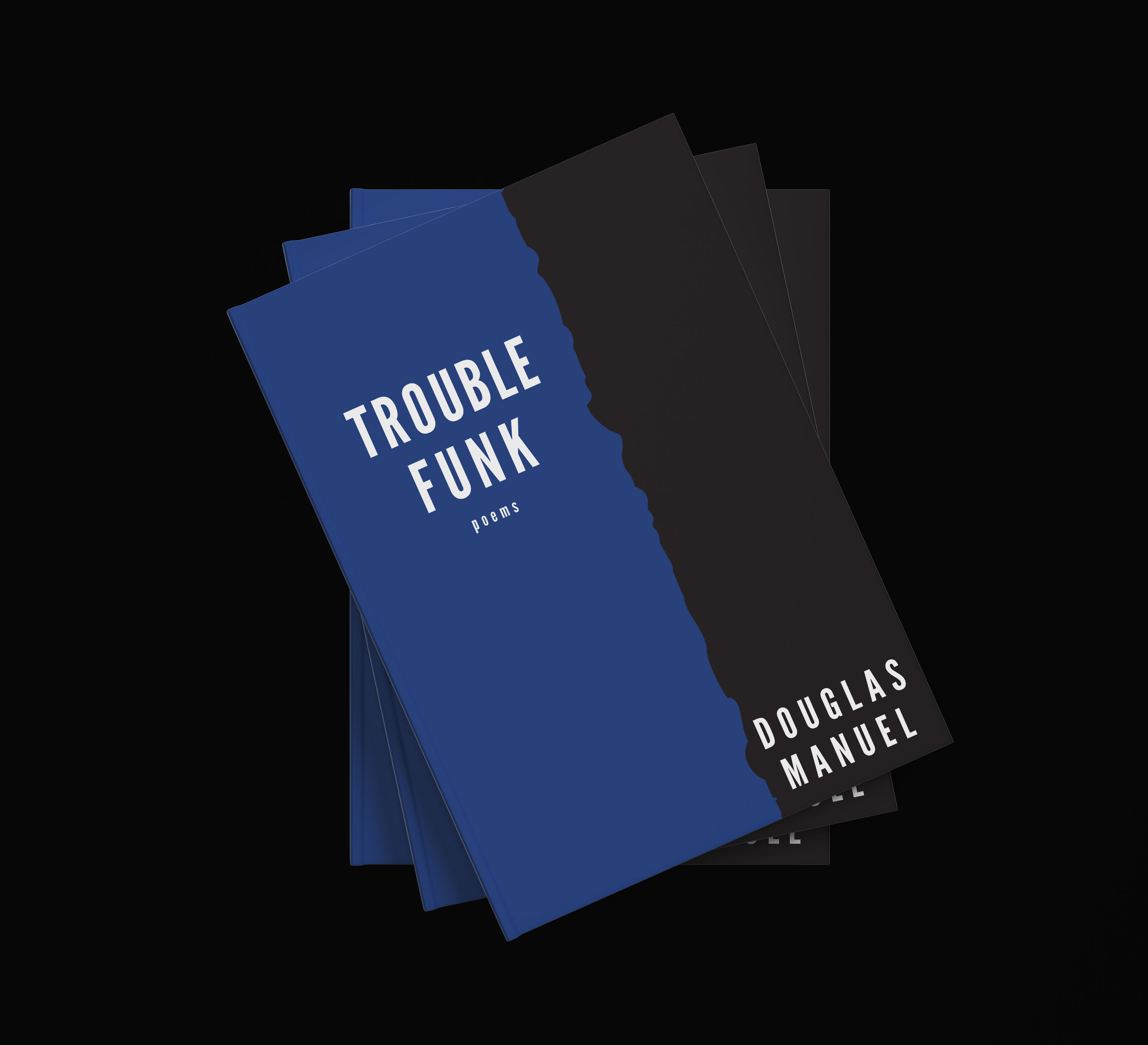 In these stunning poems of love and longing, Douglas Manuel offers us richly textured lyrics inspired by three decades of Black music, refreshing nostalgic beats. This book is a playlist for Black joy and perseverance, each line smooth as Soul Train and studded with sonic delights. I will carry these playful, resonant poems with me--"lift and flit, lift and flit"--catching their sweet signal, like late-night radio in the wee hours. 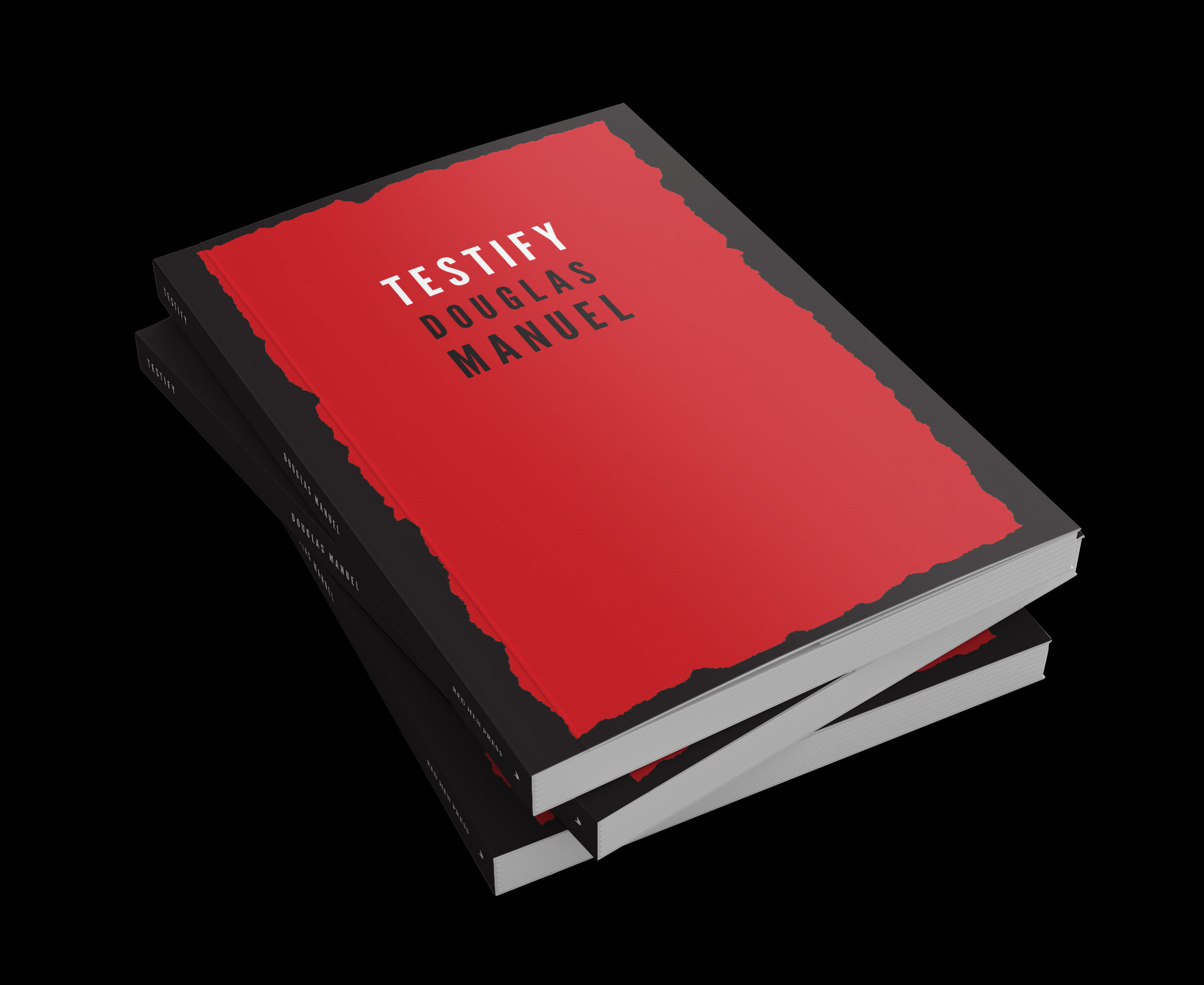 "In his breathtaking debut, Testify, Douglas Manuel charts the raw emotional complexities and the impossible daily reckonings that confront a young black man coming of age today in America. Faced at every turn with condescending, fixed assumptions about his 'proper' role in his community and culture, the speaker faces each indictment with a stunning and searing intelligence. Each powerful testimony in this collection stands as evidence of an eloquent and dramatic new voice in American poetry."

"In Douglas Manuel's Testify the act of witnessing is by turns burdensome and bittersweet, narrative and lyrical, ecstatic and irreverent. Here the holy words are the ones that offer no easy epiphanies yet grant us dazzling, off-kilter compassion and a strange, surprising grace. These potent poems testify to those ambivalent moments that might rend or right us, as when an interracial couple drive past a truck with a Confederate flag painted on its back windshield and from which a little boy turns to smile and wave: his 'blond hair // split down the middle like a Bible / left open to the Book of Psalms.'"

A book of elegiac ambivalence, Testify's speaker often finds himself trapped between received binaries: black and white, ghetto and suburban, atheism and Catholicism. In many ways, this work is a Bildungsroman detailing the maturation of a black man raised in the crack-laden 1980s, with hip-hop, jazz, and blues as its soundtrack. Rendered with keen attention to the economic decline of the Midwest due to the departure of the automotive industry, this book portrays the speaker wrestling with his city's demise, family relationships, interracial love, and notions of black masculinity. Never letting anyone, including the speaker, off the hook, Testify refuses sentimentality and didacticism and dwells in a space of uncertainty, where meaning and identity are messy, complicated, and multivalent.

Douglas Manuel was born in Anderson, Indiana and now resides in Long Beach, California. He received a BA in Creative Writing from Arizona State University, an MFA in poetry from Butler University, and a PhD in English Literature and Creative Writing from the University of
Southern California. His first collection of poems, Testify, won an IBPA Benjamin Franklin Award for poetry, and his poems and essays can be found in numerous literary journals, magazines, and websites, most recently Zyzzyva, Pleiades, and the New Orleans Review. He has traveled to Egypt and Eritrea with The University of Iowa's International Writing Program to teach poetry. A recipient of the Dana Gioia Poetry Award and a fellowship from the Borchard Foundation Center on Literary Arts, he is a Bayard Rustin Fellow at Whittier College and teaches at Spalding University’s low-res MFA program.

Your submission has been received. Thank you!

Something went wrong while submitting the form. Please try again

Praise, Even in Fallibility: A Conversation with Dexter L. Booth and Douglas Manuel

Poetry.LA interview with Will Alexander

Conversation with Rebecca Byrkit about Testify

Interviewed by Natalie Solmer at the Indianapolis Review

Interviewed by Emmanuel Jones at the Quaker

I start reading at about 31:27, and there is a Q&A afterwards.
More Info

Black Voices: Kathryn H. Ross and Douglas Manuel in Conversation on What it Means to Be Black in America

I go on a little after the 41 minute mark.
More Info

Douglas Manuel Reading Hillsides Student Work and His Poem"Heading Down"

"Are You Ready to Help the Parents of this Child in their Duty as Christian Parents?"

Douglas Manuel on being a Sensitivity Reader

IBPA article: Getting There: Why Indie Publishers are Well-Positioned to Satisfy the Need for Diverse Voices

Some of my must read books for April 2018.
More Info

Poetry Reading and Workshop at 4 PM

Poetry Reading and Salon 2 to 4 PM

Poetry Reading and Lecture at 4:30 PM